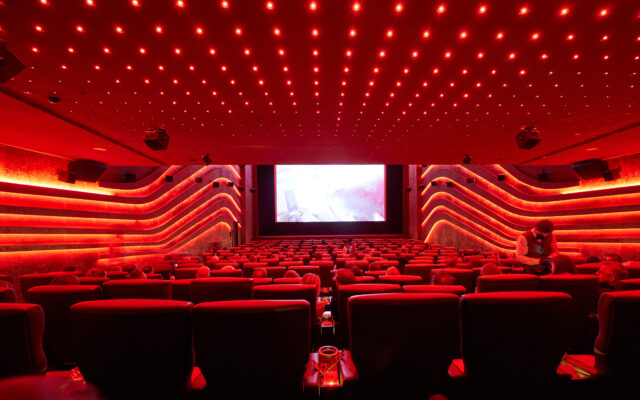 15 November 2021, Hamburg: Moviegoers sit in the Astor Film Lounge HafenCity while commercials run. In the federal states, there are major differences in cinemas and other so-called public facilities with regard to access rules. The city state of Hamburg already introduced the 2G option model in August for cinemas, among others. Photo: Georg Wendt/dpa (Photo by Georg Wendt/picture alliance via Getty Images)

Expect to save some money at the movies this weekend! Saturday, September 3 is National Cinema Day and plenty of movie chains are getting into the spirit with ticket deals. Regal, Cinemark, AMC, and even IMAX will participate with $3 ticket sales for the new holiday. You can check out participating movie theaters now at NationalCinemaDay.org! Are you planning on going to the movies that day? Which movie would you see?