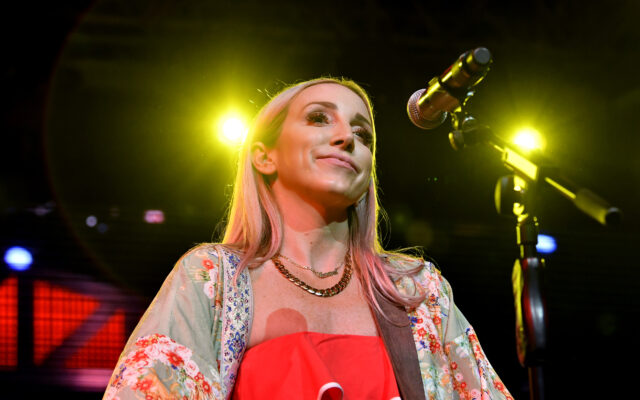 Here’s some great news just in time for the holidays.  Ashley Monroe is now CANCER FREE.  If you haven’t been following it, she got diagnosed with a rare blood cancer last year, and started chemo that summer.

She actually finished her treatments a year ago today.  She gave an update in March, and things were looking good.  Her doctors told her the type of lymphoma she has isn’t curable, but it’s treatable and you can live with it for a long time.

On Tuesday, she gave another update and said she’s officially cancer free and in remission.  Check out the video she posted, because it’s great.  It’s up on her Instagram page.

Before her last chemo treatment, she bought herself this great pair of red pants with rhinestones down the sides.  But she promised herself she wouldn’t wear them until she, quote, “felt like ME again.”

Now she finally does, and she’s rocking them in the video.  She wrote, “Meet my comeback pants.  I love you all.”