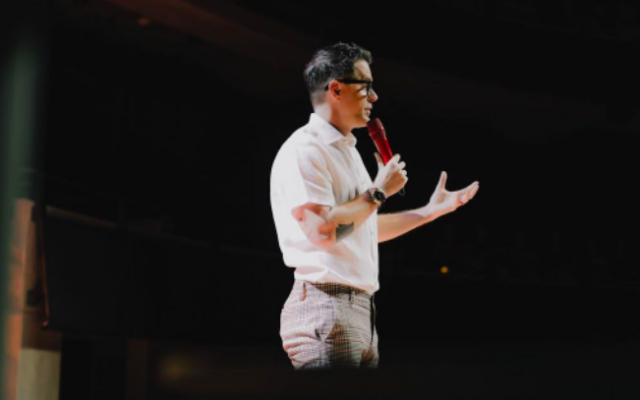 Bobby performing at the CMA Theater this past weekend.

Bobby Bones had two sold out Comedically Inspired shows at the CMA Theater in Nashville, TN this past weekend.

The shows featured Bones comedy, inspirational moments, music, and several surprises. Tiera and former Bobby Bones Show intern Lexie Hayden opened up as music guests for Bones both nights. And Mike D also opened up the show with some of his jokes. Then across the two evenings, Bones brought out special guests Gavin DeGraw, Eddie for Raging Idiots songs, and Johnny Clawson. The show idea was created by Bones with help on the writing from Mike D and his creative director Reid Yarberry.

Speaking on the show, Bones said it was his first ever live show that he was really proud of. He didn’t make any money on the show because of all the production behind it. Though that wasn’t his intention any way, he just wanted to get this show out there, confessing that he did have an emotional moment during the show. He plans to do a few more of them in Nashville, TN.