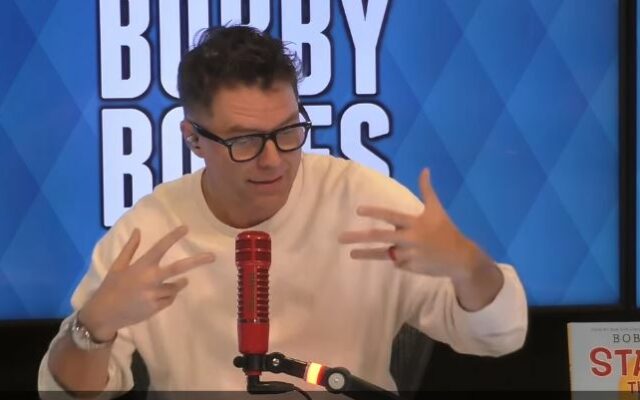 A few days ago Bobby Bones nonchalantly dropped how Elton John once kissed him at a charity event.

Then a listener called in to The Bobby Bones Show today (July 20) to ask for some more details on the whole situation. Bones recalled that he was hosting and doing some stand-up comedy at the event. John was the evening’s entertainment and Bones had met him backstage prior to him performing. He took the stage to perform and things went great throughout the whole performance. Then he wrapped up his set with his song “Can You Feel The Love Tonight” from The Lion King and shook some hands in the crowd to say thanks. When he was leaving, he came over to Bones and said “lovely to meet you,” grabbed his face, and kissed him right on the lips.