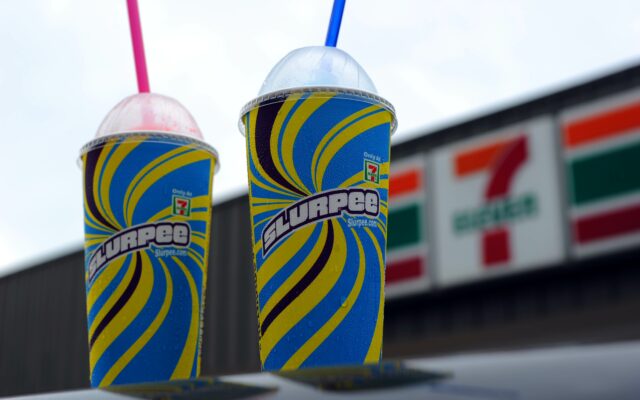 An illustration of Two, 7-Eleven Slurpees on October 27, 2010 in Washington, DC. Global convenience store chain 7-Eleven has been getting some free advertising for its signature drink the Slurpee from none other than US President Barack Obama. Obama has used the Slurpee -- a thick, frozen, flavored beverage that is wildly popular with Americans -- in speeches on the campaign trail ahead of next week's midterm elections to illustrate just how obstructionist and ornery Republicans can be. At a rally at Bowie State University in Maryland this month, Obama said that while his Democratic Party was sweating and pushing to get the US economy out of a ditch, "the Republicans... are just standing there fanning themselves -- sipping on a Slurpee." AFP PHOTO / TIM SLOAN (Photo credit should read TIM SLOAN/AFP via Getty Images)

Get excited because Bring Your Own Cup Day is coming back to 7-Eleven later this month! Speedy Rewards and 7Rewards loyalty members will be allowed to grab their most creative containers and fill them up with their favorite Slurpee flavor for $1.99 at participating 7-Eleven, Stripes and Speedway locations on Saturday, August 27. The cup must be clean and has to fit upright within the ten-inch diameter hole in the in-store display. Bring Your Own Cup Day is limited to one cup per customer at participating locations. What is the biggest cup that you are bringing in?!