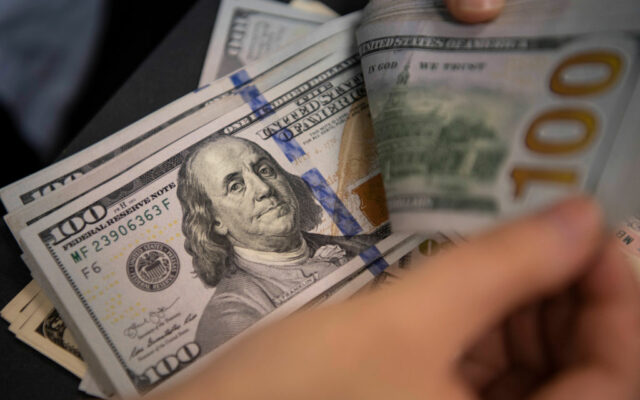 HAIAN, CHINA - JUNE 16, 2022 - A staff member counts US dollar notes at a bank in Haian City, East China's Jiangsu Province, June 16, 2022. The US Federal Reserve raised its benchmark interest rate by 75 basis points to a range of 1.50% to 1.75% early Wednesday (Beijing time), the biggest increase since 1994. (Photo credit should read CFOTO/Future Publishing via Getty Images)

To help combat the current rate of inflation, state leaders are looking to help with direct payments.

The money could reach your bank accounts as early as late October and as late as the beginning of next year.

While, it’s certainly not a lot of money, it can definitely help with the rising costs of gas, groceries, etc. Do you think that’s enough?