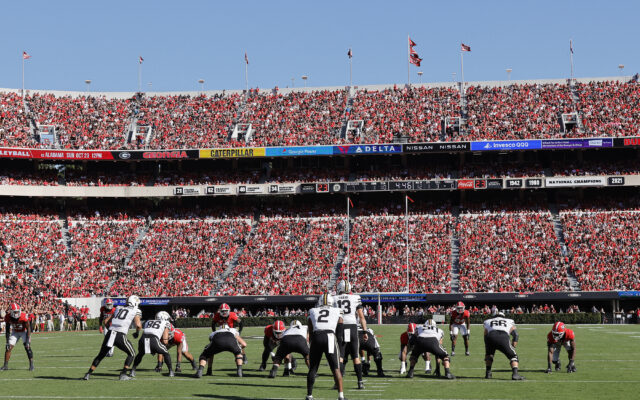 ATHENS, GA - OCTOBER 15: Vanderbilt Commodores quarterback AJ Swann (13) prepares to receive the snap during the college football game between the Georgia Bulldogs and the Vanderbilt Commodores on October 15, 2022 at Sanford Stadium in Athens, GA. (Photo by David J. Griffin/Icon Sportswire via Getty Images)

Did you know some of your favorite country artists used to play football in college?  Here are five:

1.  Trace Adkins:  He was an offensive lineman at Louisiana Tech.  He had to quit after his freshman year because of a knee injury.

2.  Sam Hunt:  He was a starting quarterback at the University of Alabama at Birmingham.  And even tried out for the Kansas City Chiefs.

3.  Lee Brice:  He earned a scholarship to play as a lineman at Clemson University.  But injured his right arm and had a career-ending surgery.

4.  Riley Green:  He was the starting quarterback at Jacksonville State University.  He quit football to pursue music, but it looks like that paid off!

5.  Chase Rice:  He was a linebacker for the University of North Carolina at Chapel Hill.  He got injured and couldn’t pursue a professional career.