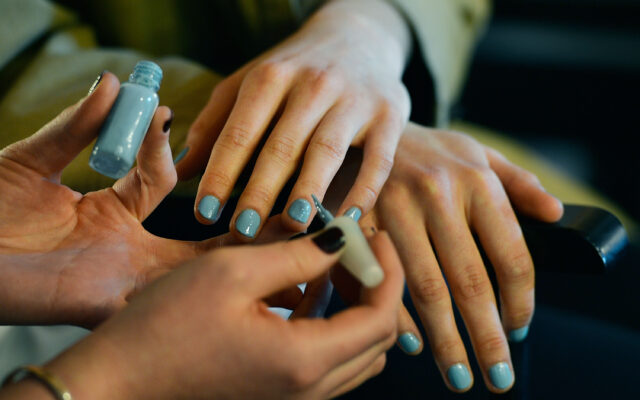 If you’ve had a Coors Light, you probably know how the can or bottle can change color based on how cold it is.  It’s the coolest thing about having Coors Light . . . the ONLY cool thing about Coors Light.

But they’re now expanding that technology, with a NAIL POLISH that changes color when your Coors Light is cold enough.

The idea is that the color-changing label doesn’t help when you’re drinking from a pint glass.  So now, you’ll know if it’s cold enough by gripping the beer and looking at your fingernails.

Coors Light Chill Polish is available for $7 per bottle at Shop.CoorsLight.com.  They’ll be releasing it in batches through the end of the year.  And if you haven’t ordered from Coors Light’s online shop before . . . which you haven’t . . . there will be a prompt that will get you $5 off your first order.