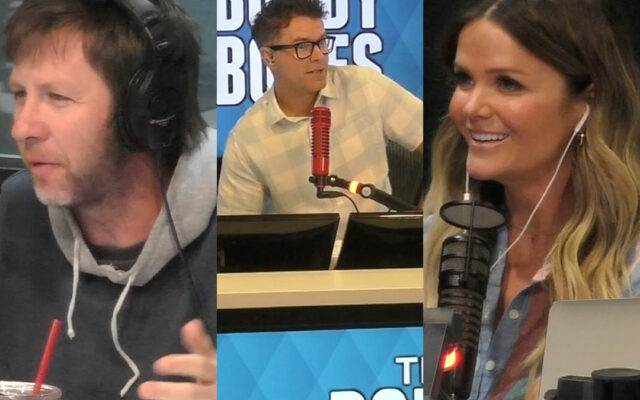 Last week, Lunchbox tricked Amy’s sister into giving him her number so that he could call and talk to her about an opportunity.

He believed that he could have the best of both worlds to get his roof fixed at his house and get on television. All he needed to do was convince Amy’s sister that he would be a great guest for their show Building Roots on HGTV. Now the first season is already over and the show has yet to find out if it will be renewed for a second season. So Lunchbox thought if they could get a guaranteed celebrity guest, then it would help their chances of getting a second season. So it would be a win-win for both of them. The Bobby Bones Show gave him a hard time for the way he reached out to her and for his idea.

Turns out, one of the executive producers of Building Roots heard the segment and emailed Amy. She told Amy that the segment made her laugh and if her and Lunchbox were serious about getting their houses worked on, then she would like to pitch a traveling Nashville episode of Building Roots to the network. Both Amy and Lunchbox were all in for the idea so it could actually happen!