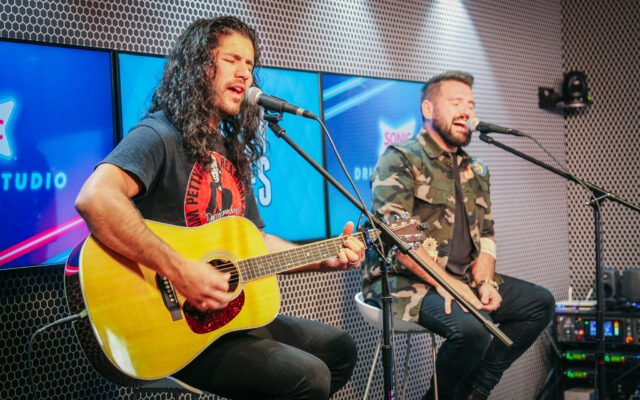 Both Dan + Shay recently celebrated their 5-year wedding anniversaries and when asked for advice on marriage, the two suggested open communication.

Dan added that he and his wife never let things fester, they always try to talk about things to avoid emotions being bottled up. They both appreciate the Nashville touring scene because it’s a healthy situation that allows them to have family time often. They will go out on tour for the weekend and then come back for the week to spend time with their loved ones.

The guys are working on new music and admitted “a lot is coming,” but that was all they could share. Right now they’re also focused on touring with Kenny Chesney. They’ve been one of his openers on his arena tour and said it’s been a dream come true. Adding that the arena tours are different from playing theaters because theaters allow for more close-up interaction with the fans. Where as at arena shows, they feel the love on a massive scale, it’s just not as personal.

While on the show, Dan + Shay performed a few of their big hits “From The Ground Up” and “Nothing Like You.”