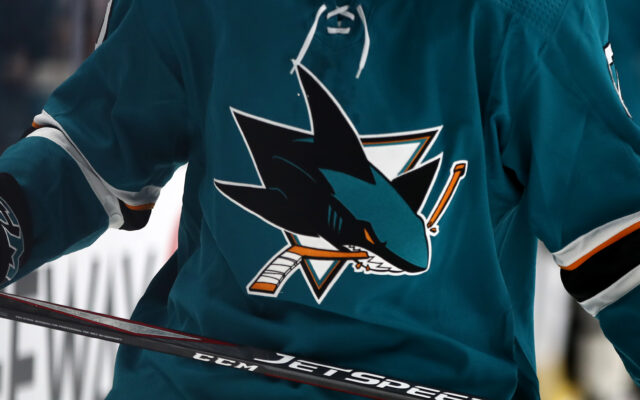 SAN JOSE, CALIFORNIA - OCTOBER 04: The logo on the San Jose Sharks on a jersey during their game against the Vegas Golden Knights at SAP Center on October 04, 2019 in San Jose, California. (Photo by Ezra Shaw/Getty Images)

I LOVE when life comes full circle like this. The San Jose Sharks drafted Reese Laubach who grew up in San Jose going to Sharks games! He was the biggest Sharks fan and now he is a part of the team!

Reese Laubach started playing hockey after coming to the Tank to watch the #SJSharks. Today, we drafted him! pic.twitter.com/5XDwqyCQHQ