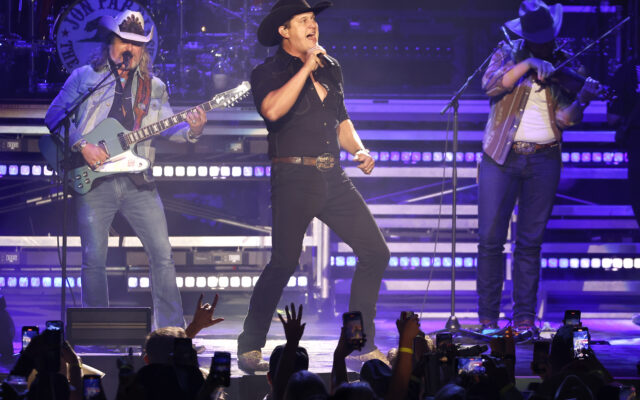 When Jon Pardi listens to an album, he commits.  He “popped on a pair” of snakeskin-patterned bell bottoms while listening to Lainey Wilson’s new album . . . “Bell Bottom Country”. And to prove it, he posted a video of himself wearing them while working on his ranch.

With Lainey’s “Heart Like A Truck” playing in the background he says . . .

Quote, “Ever since I saw Lainey’s bell bottoms, I knew I had to get me some.  I like the way they blow in the wind.  They’re real good around the ranch for checking fences, fixing fences, driving tractors, opening gates, feeding cows.”