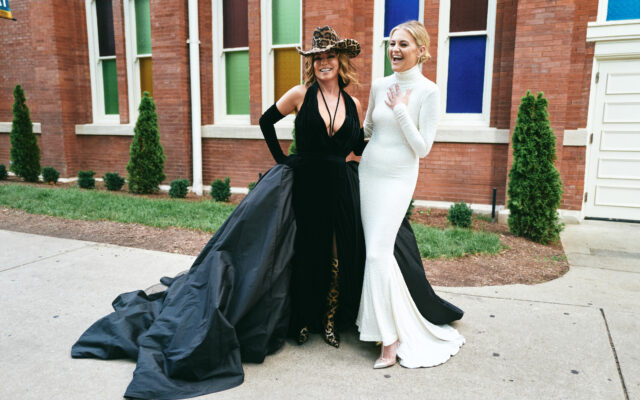 Kelsea Ballerini performed at the 2022 ACM Honors last night in Nashville.  It was taped and won’t be airing until September 13th on Fox.  But when it does, you might recognize what Kelsea’s wearing on the red carpet.

It’s the same white, sequined, floor-length gown that Shania Twain wore at the 1999 Grammys.  It’s been on display at the Grammy Museum and Shania gave her blessing.  They even posed together before the show.