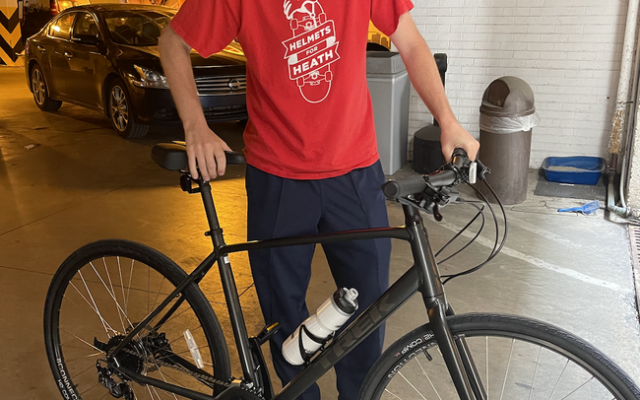 Gas prices are so high that Lunchbox has been trying to save money by not utilizing his car as much.

He decided to start riding his bike to work about 2 to 3 times a week. Lunchbox shared on The Bobby Bones Show today (May 9) that he he’s been doing it for about a week now and he has his whole system down. He wears his helmet, his bike has a light on it, and he straps his backpack on with a change of clothes. When he gets to work, he wipes himself down with the sweaty clothes he wore while riding the bike, then changes into the new set of clothes.

The show understands why he’s doing it, but they’re concerned he’s going to be hurt or struck by a vehicle.