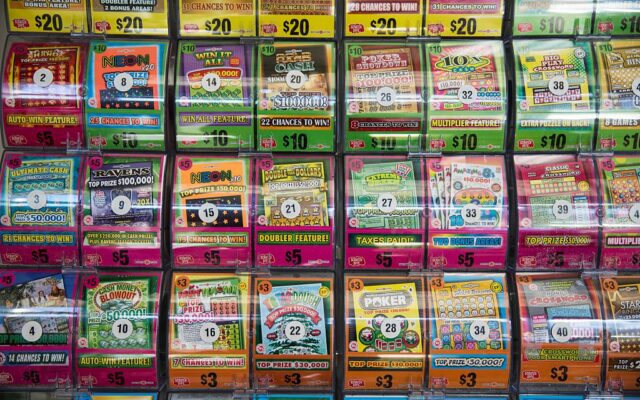 WASHINGTON, USA - JANUARY 9: Scratch Off games for sale with PowerBall tickets at Best Beer, Wine and Deli in Gaithersburg, Md., USA on January 11, 2015. After no one picked the winning numbers for Saturdays drawing is is estimated the jackpot will rise to a record $1.4 million for the winner. (Photo by Samuel Corum/Anadolu Agency/Getty Images)

Who says TV rots your brain? It looks like it could actually help you win a big jackpot or two! A South Carolina man learned a unique lottery playing tactic from watching TLC’s “Lottery Changed My Life” and ended up winning $100 thousand!

The technique: spend $25 on lottery tickets every week for three months.

During his first week of playing, the man won $500 and then $100 thousand by week seven! The man says that he will use his winnings to buy a new car and that he plans on continuing to play the lottery.

Would you continue playing the lottery if you won a jackpot? What would you do with $100 thousand? Have you ever learned anything useful from a TV show?