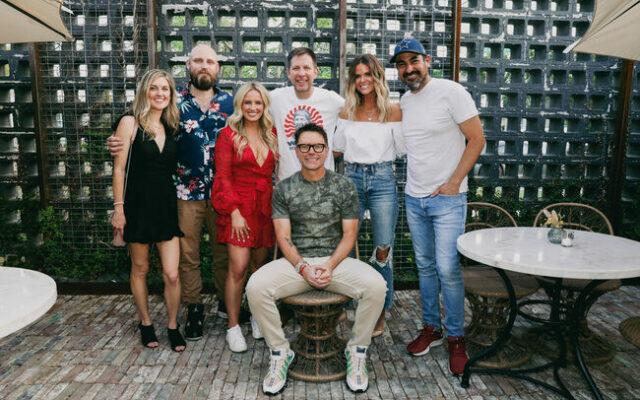 The Bobby Bones Show spent the weekend in Austin, Texas for the 2022 iHeartCountry Festival. Bobby, Amy, Eddie, Lunchbox, Morgan, Scuba Steve, and phone screener Abby were in attendance for the show, but everyone had different responsibilities over the course of the weekend.

Bones hosted the festival, then Amy, Eddie, and Lunchbox were presenters throughout the night, Morgan hosted on the show’s live stream, and Scuba Steve and Abby helped wrangle the crew throughout the night making sure they were everywhere they needed to be. Those were just some of their responsibilities during the weekend, but of course there was also some fun had to at the pre and post parties. Check out some of the photos from the weekend below!