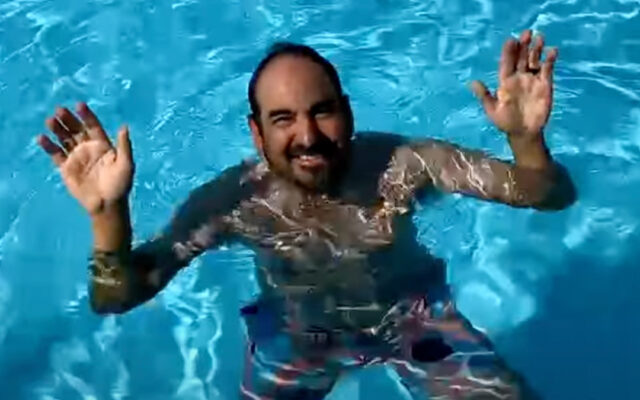 Several weeks ago, Eddie brought up on The Bobby Bones Show that he wanted to become a lifeguard again. He was a lifeguard for over 5 years when he was younger, and now there’s a short supply of them so he felt like he could do it again as a side hustle.

We decided to put him through the preliminary lifeguard test out at Nashville Shores to test if he still has his old skills. The lifeguard test happened in 3 parts: he had to swim 7 laps consecutively for a time, he had to go to the bottom of the bowl to grab a brick and bring it back up, and he had to tread water without the use of his arms for 2 minutes. The lap test was really hard for Eddie, it took him a decent amount of time to get through it. However he did manage to finish. Then the brick test was super easy for him, which is supposed to simulate what it’s like to bring someone above the water if they’re drowning. Then Eddie had to tread water for 2 minutes, which was really hard but Eddie made it all the way through without his arms going under.

The show gave Eddie a hard time for how some of his technique looked via the live stream, but the manager at Nashville Shores said that Eddie did everything perfectly right.

Do you think you can pass the lifeguard test?