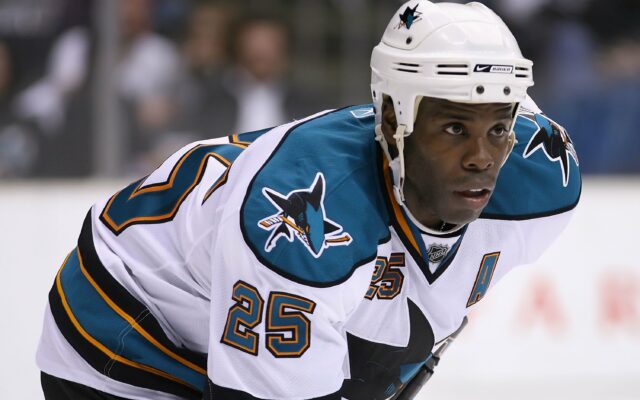 LOS ANGELES, CA - DECEMBER 15: Mike Grier #25 of the San Jose Sharks skates up the a face off during the NHL game against the Los Angeles Kings at Staples Center on December 15, 2008 in Los Angeles, California. The Sharks defeated the Kings 3-2 in overtime shootout. (Photo by Christian Petersen/Getty Images)

The San Jose Sharks have named Mike Grier as their new general manager! He becomes the fifth general manager in franchise history. Grier played 14 seasons in the NHL including 3 seasons with the San Jose Sharks. I am obviously a huge Sharks fan and I could not be more thrilled to have Mike lead this organization. Congratulations Mike!!! Let’s have a great season!