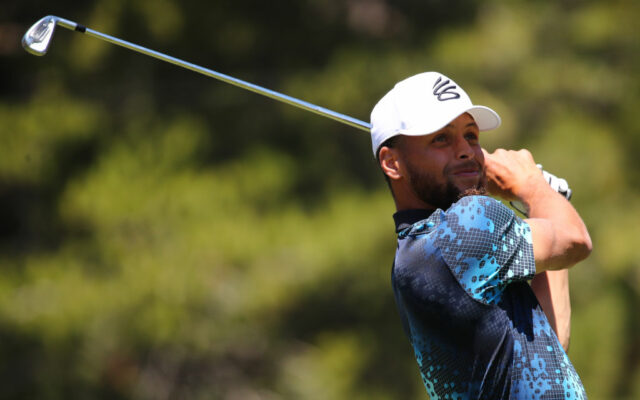 STATELINE, NV - JULY 10: NBA player Stephen Curry plays his shot from the 18th tee during the final round of the American Century Championship at Edgewood Tahoe Golf Course on July 10, 2022 in Stateline, Nevada. (Photo by Isaiah Vazquez/Clarkson Creative/Getty Images)

Warriors fans will get a chance to play with Steph Curry in multiple sports video games this season!

PGA 2K23 announced that the Warriors star will be a playable character in their upcoming release. The new golf video will be available to purchase on Friday, October 14th.

His swing’s as clean as his jumper! 👨‍🍳
Play as @StephenCurry30 in #PGATOUR2K23!
Pre-order today! https://t.co/tWymSPFDeg pic.twitter.com/V3mE7DN9s8