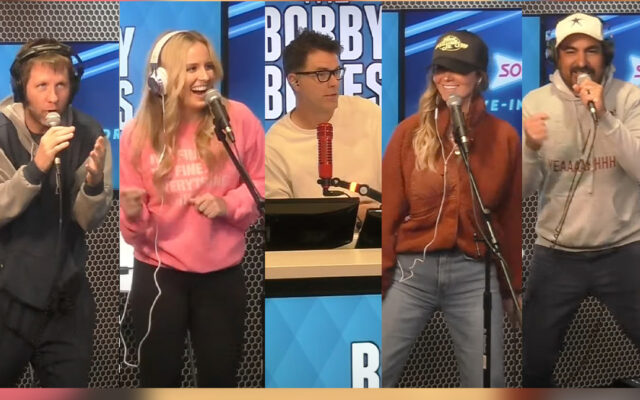 Today, Amy, Eddie, Lunchbox and Morgan competed in Blind Disney Karaoke for the major prize of $20!

And it was as absolutely hilarious as it was bad!

There were 10 Disney songs on the spinning wheel including hits like “Colors of the Wind” from Pocahontas, and “Hakuna Matata” from The Lion King. The wheel got spun, and then the show members had to sing the song blindly, without any lyrics. First, Morgan had to sing “The Bare Necessities” from The Jungle Book. Then, Lunchbox had to sing “Let It Go” from Frozen. Next, Amy had to sing “You’ve Got A Friend In Me” from Toy Story. And then, Eddie had to sing “Part Of Your World” from The Little Mermaid.

Grab some earplugs and check out the full video right here.