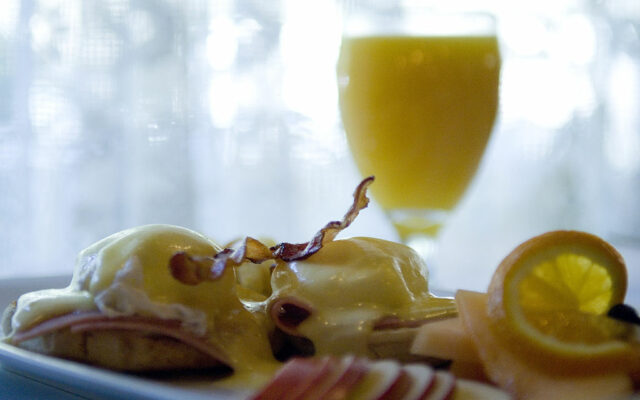 If you’re going out to brunch with friends this weekend, here’s what NOT to order…

Someone at Mashed did a round-up of the worst foods to order at brunch, according to chefs.  Here are the top six, and why they’re all things you might want to avoid.

1.  Anything you could easily make at home.  If all you want is scrambled eggs and toast, go for it.  But you’re paying a premium for something you could make yourself for 50 cents.  And their version probably isn’t much better than yours.

2.  Corned beef hash.  A lot of people don’t realize they prefer the cheap, canned variety.  So they’re underwhelmed when it’s made from scratch.

But also, restaurants tend to toss all kind of leftovers in there.  So you might be eating yesterday’s scraps.  Specialty omelets are another way they like to use up old ingredients that are going bad.

3.  Eggs Benedict.  According to Anthony Bourdain, it’s a risky order because bacteria loves hollandaise sauce.  Chefs always make big batches of it ahead of time, so it’s probably been sitting out a while.

4.  Canadian bacon.  It comes pre-cooked, so all they’re doing is heating it up.  And it’s not ordered as much as regular bacon.  So if you’re brunching on a Sunday, there’s a chance it’s been sitting in the fridge since LAST Sunday.

5.  Steak and eggs.  Only order it if you’re at a nice place where you know the steak is good.  Otherwise, you’ll usually get a tough, low-quality cut of meat.

6.  Bottomless mimosas and Bloody Mary’s.  If you’re just trying to tie one on, go for it.  But be ready for a hangover.  When drinks are “bottomless,” they’re usually made with the cheapest liquor, champagne, and juice they can find.