There are now TWO reasons to root for YOUR country in the World Cup:  You’re a soccer fan who wants to see your team triumph . . . OR you like FREE BEER.  (???)

Over the weekend, FIFA announced that Qatar was banning beer sales in ALL eight stadiums . . . just TWO DAYS before the World Cup was set to start.

This news came despite the fact that Anheuser-Busch paid $75 million to make Budweiser the official beer of FIFA and the World Cup.  After the announcement was made, Budweiser Tweeted, “Well, this is awkward.”

(Qatar is a conservative Muslim nation that strictly limits alcohol.  When they originally bid for the World Cup years ago, they insisted they’d be cool with beer in the stadiums . . . but it was basically bait-and-switch.)

But Budweiser is turning this into some free publicity.

They’ve announced that they’ll ship all the “banned,” unsold beer to the country that wins the World Cup.  (Assuming it ISN’T Qatar, I guess.)

And they’re serious.  A rep said, quote, “We will host the ultimate championship celebration for the winning country.  Because, for the winning fans, they’ve taken the world.  More details will be shared when we get closer to the finals.”

(Here’s a look at the beer up for grabs.)

By the way, Anheuser-Busch is NOT just going to sweep this under the rug.  They’re reportedly asking for $47 MILLION back from FIFA following the last-minute deal gone flat.

For what it’s worth, fans in the stadiums only have one option for beer:  Non-alcoholic Bud Zero.  But they are able to grab a real brew at several designated fan zones around the event. 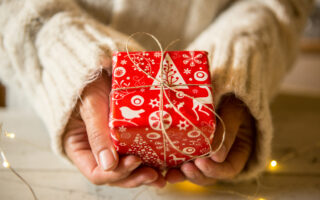