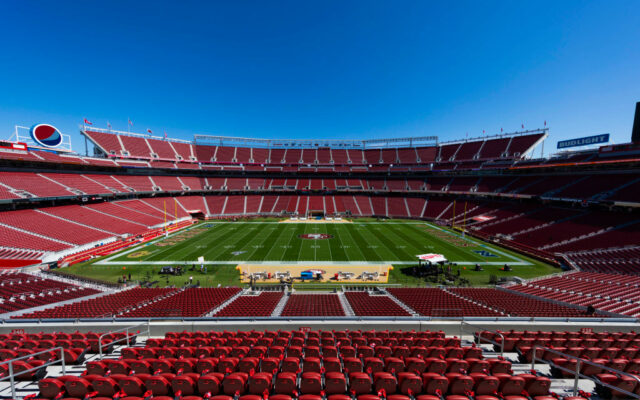 SANTA CLARA, CA - OCTOBER 07: General view of the interior of Levis Stadium from an elevated level during the NFL regular season football game between the Cleveland Browns and the San Francisco 49ers on Monday, Oct. 7, 2019 at Levi's Stadium in Santa Clara, Calif. (Photo by Ric Tapia/Icon Sportswire via Getty Images)

Recently, the Houston Texans made the news for serving Texans Firecracker Pickles at home games this season (Kool-Aid soaked flaming hot fried pickles). Well it turns out, there are plenty of other unique foods at NFL stadiums in 2022, according to Food Beast.

In Pittsburgh, you can get a Doritos Corn Dog, which is a Doritos-breaded corn dog on a bed of Doritos served with nacho cheese.

In Cleveland, you can chow down on the Funyuns Dusted Polish Boy, which is a split link brat topped with crispy fries, Duke’s Mayo slaw, BBQ sauce and Funyuns.

What’s your go-to at Levi’s Stadium?